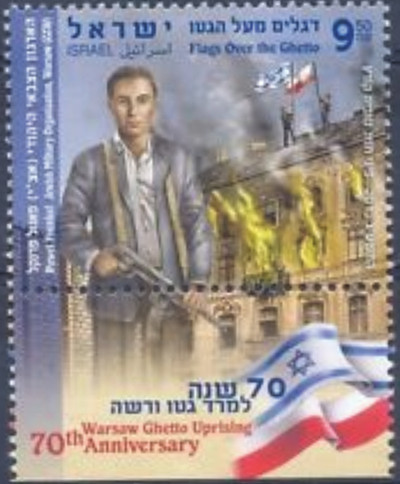 THE 70th ANNIVERSARY OF THE WARSAW GHETTO, one of the significant episodes in the Second World War. This stamp was issued in April, 2013, to commemorate the uprising of the Jews imprisoned in the ghetto of Warsaw, Poland, which took place seventy years ago.

It features Pawel Frenkel, commander of the Jewish Military Organization, against the background of the building on Muranowski Square that was set ablaze by the Germans in the closing years of the Second World War in 1943.

The Zionist and Polish flags raised by the ZZW fighters are visible on the roof. Price (including background sheet): $3.00 (plus post).